My beautiful friend, Jean, is an incredibly grounded acupuncturist.  She believes that most women are not given a template for dealing with anger, if they’re able to consciously acknowledge they’re experiencing it in the first place.  Our training, at times by our parents, and constantly by society is to be nurturing and supportive, avoiding the “b word” label at all costs.  There’s no room in that scenario for being pissed off.  I believe men are subject to this emotional sanction in a slightly different way.  They’re not allowed to show weakness, which means there’s no space to cry or say, “I have no clue.”  All of that hidden powerlessness has to manifest somehow, and can start an internal storm of anger so intense it becomes easier to numb out or disengage than to deal with it.  I took in Jean’s words and asked her, “How do you process your own anger?”  With a wry smile she replied, “Me?  Ohhh, I don’t get angry!” 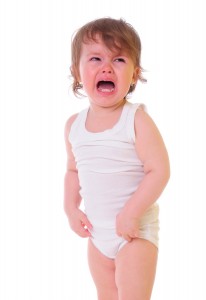 Kids are supposed to be out of control sometimes.  Even when they master language and can have high-level conversations with you, it takes many until their 20’s to fully grasp how to moderate their emotions. (I’m still working on it at almost 40.)  If you feel out of control and don’t know how to deal with it, and you’re in the presence of a child who is out of control (or is just being a kid), it can feel irresistible to come down way too hard on them, trying to control them instead of yourself.  Have you ever seen an adult schooling a child in a public place, looking like a complete a-hole while the child just looks very small?  This happens all the time, even to conscious, well-meaning parents.

The only person in my family of origin allowed to express intense feelings was my dad.  The feeling he expressed most often was anger.  He would repress for a while, and then blow a gasket about something trivial my siblings and I did or didn’t do, often when we least expected it.   My therapist described this as “venting through your children.”  She explained that my dad, like many adults, had a hard time understanding or dealing with his feelings, and things got built up inside.  Eventually, a volcano erupted.

As a child, it never occurred to me to feel much of anything, let alone express it, because I was too busy avoiding wrath by being a perfect little girl and hiding.  Eventually, the whole “not having feelings” thing stopped working, and I had to start coping with the build-up I’d spent my life running from.  When I had babies, a whole new level of this work began.

When my daughter was two and my son was a few months old, they used to have what I referred to as “crying competitions.”  It felt like they were trying to outdo each other.  One would start to calm down a little, and the other would let out another wail, and then the first would start all over again – neither would let the other have the last word.  I am laughing as I write this, but at the time, I was in hell.  I would put one on each hip, and bounce through the house singing to them, trying to make them laugh, and finally, exhausted, I’d just sit on the floor and hold them while waiting it out.  After a few rounds, I started noticing anger, very hot, rising up in me.

How soothing, right?  Mom is holding us, but her jaw is clenched, her arms stiff.  I knew they were just being normal, crying babies, but no amount of rational thinking could compete with the anger that was coming from my perceived inability to control the situation.  I felt myself wanting to scream at them, but something made me put them down, my son in his bouncy seat, my daughter next to him on the rug.  I walked out into the garage and shut the door behind me.  I could still hear them crying, but I sensed they’d be safe for a few minutes.  My eyes fell on the pile of stuff we were donating to charity.  I don’t remember which toy I picked up, but I know it was pink, and when I threw it as hard as possible onto the garage floor, it shattered in the most satisfying way imaginable.  Just to ensure its total destruction, I picked it up and threw it down again.  Hard.  Then, I took a deep breath, exhaled, and walked back into the house.  I felt like a different person.  Calm.  I soothed them and got through the rest of day.

That wasn’t perfect, by any means.  Before I walked out, I didn’t reassure them that I’d be back, and it wasn’t their fault.  They probably heard the scary crashes.  Breaking toys in my garage made me feel like a psychopath. Plus, what about the poor kid who would now be deprived of the joy of playing with whatever that pink thing was?  Wasteful.  But, I’d rather them feel a little scared or uncertain, hear a noise, and then have me come inside and soothe them from an authentically calm place.  I’d rather explain that I was angry, and needed a moment alone to deal with it.  I don’t want to scream at them, or hit them, or handle them roughly, or shame them.  I really, really don’t want to vent out my emotional crap through my kids.

Another big rupture happened shortly after J and I went through our divorce.  Turns out grief manifests in me as it does in many men: anger, anger, anger.  I could feel a wave of it coming up, and was desperate to get my kids settled in front of the TV in our upstairs loft so I could take a break.  They could feel the tension emanating from me, and reacted by whining and protesting.  Shocking.  Finally, I lost it and yelled, “Please just watch your show!!”  Of course, that soothed them right away, and then, I held that powerful, “I’m an adult in complete control” stance as I lost my footing and slid down our wooden staircase on my ass.  My finest parenting moment to date.

I wish I was telling you all of this while sitting under a tree in a lotus posture, totally zen, referring to these past, totally resolved issues.  Nope.  I still struggle with moderating my emotions.  The good news is that I’ve learned a few ways to deal, minimizing the risk of negative impact on people around me.  One is intense music.  Most people feel anger reducing when listening to calm, soothing music, but sometimes the opposite is true for me.  I make sure the kids are settled, pop in ear buds and turn it a little too loud.  The sounds are slightly angrier than I feel. They envelope and hold me.  A go-to track is “Burning Inside” by Ministry, in which a sound the domestic goddess in me has decided is a vacuum cleaner melts into insanely fast drumming and impending doom guitar.  If I’m especially keyed up, I actually run the vacuum while listening.  This serves to further calm me, and assuage some of the inherent guilt that accompanies anger, because hey, look at those floors!  Planting my face into a pillow and screaming at the top of my lungs is amazing, and  often makes me laugh at the melodrama of it.  And of course, I know the donation pile is right there in the garage if I need it.

Brilliant psychotherapist Irvin Yalom writes about a female client who came to a session very distraught.  She tearfully explained that the night before, she had gotten drunk, had a huge fight with her husband, and ended up throwing a lemon pie against the wall.  The visual:  lemon custard oozing down the wall, broken pie plate and crust all over the floor.  Yalom said his instinct was to try and alleviate what he perceived was her guilt, reassuring her that it probably wasn’t so bad, to not be hard on herself, etc.  Turns out, he had read her wrong.  Her tears were grief over lost time.  For the first time, she had finally expressed her true feelings, in an impossible to take back way.  I repeat this story over and over, because it captures the essence of our right to messy emotions dead on.

One of my clients made my year when she emailed me this photo, and gave me permission to share.  The title:  “Look What I Did!”

Shaving cream pies.  Brilliant, cathartic and safe, because you won’t be tempted to lick lemon off your fence, eliminating splinter risk.

These little people look to you for containment, and you recognize that at times you can’t contain yourself.  And you step into another room, and throw a pie.  Then you come back to them, and you continue trying.  You own your humanity with them, and you are humble about your limitations. You soothe, repair, and clean the wall.  You try hard to stop whatever cycles could continue through you and into them.  And, perhaps most importantly, you show them how adults forgive themselves.

Disclaimer: I am in no way advocating senseless harm to innocent lemon pies, especially if they are gluten-free and topped with meringue.  Limits, people.

Here’s To Sanity and Yalom,