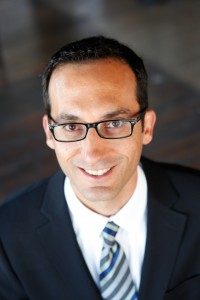 Meet Dr. Max Wachtel.  He is a trained forensic psychologist with a clinical practice in the Denver, Colorado area.  One of his main focuses is helping parents improve their kids’ lives.  He is also the 9News Psychologist for KUSA TV in Denver, where he regularly produces content highlighting new psychological research and parenting resources.  He is a marathon runner and was an avid snowboarder (until he broke his collarbone last year–this year he is feeling less enthusiastic about that endeavor).  He is also the recent author of The One Rule For Boys: How Empathy and Emotional Understanding Will Improve Just About Everything For Your Son.  We wanted to chat with him about his new book, which is getting loads of attention and praise, and learn more about the work he is doing to partner with parents of boys.

BPP: You have practiced for many years as a forensic psychologist.  What initially drew you to work with criminal offenders and the court system?

MW: For years prior to grad school, I was fascinated by crime and by the law.  I also had a strong interest in figuring out what makes people tick.  In school, I focused on assessment and testing, and it seemed natural to combine that with my interest in forensics.  I find it intriguing to evaluate people who have done some extremely bad things and try to figure out their mental state.  I have worked with murderers, sex offenders, and domestic abusers–one of the most amazing things I learned is just how ‘normal’ many of these criminals are (not counting the psychopaths).  For most of them, a more stable childhood and/or good mental health treatment would have likely kept them from ending up in jail.

BPP: Later in your career, you switched gears and added parenting to your areas of expertise. How did your work with the prison population prepare you for consulting on parenting issues?

MW: Another surprising revelation from my work was the similarity in the stories I heard from offenders’ childhoods.  Abuse, emotional neglect, a lot of strife in the home–these are extremely common for people who end up in jail.  I don’t want to say it is their parents’ fault, because I work with adult offenders who make their own good or bad choices.  But, many of these offenders started life off on the wrong foot, which probably made it harder for them to succeed. Because of those common stories, it occurred to me that I am in a unique position to help parents.  I have heard the absolute worst in parenting stories (things that I sometimes still picture when I close my eyes at night) — and I also know most parents do a pretty good job with their kids.  But, everyone can be better, and when I have the opportunity to help struggling parents turn their family around, I feel like I am making a difference. 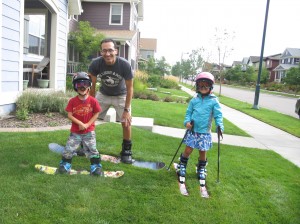 Dr. W and his kids gearing up for the snow.

BPP: In what ways did becoming a father impact your work in the jail system and in your counseling practice?

MW: I have discovered that being a dad and spending a lot of time in jail (as an evaluator, not an offender) are often incompatible.  First, every time I go to a jail to meet with an inmate, I see an adult there with a young child who is going to visit his or her incarcerated parent.  It breaks my heart to think that these kids are becoming so familiar with jail at such a young age.  Secondly, it has been a lot harder for me to shake off the horrible things some offenders have done to their children. At the same time, becoming a dad was a major motivator for me to do more than evaluate and assess for psychopathology.  In addition to that work, which I still enjoy, having kids of my own made me want to help improve the lives of parents and children in order to avoid major problems in the future.

BPP: You are a well-known TV personality in Denver and make regular appearances on 9News as a parenting expert. What are some of the parenting topics that you are asked to speak about?

MW: Yes, in addition to my clinical practice, I am the 9News Psychologist. I am on television several times per week discussing a wide range of issues. 9News is owned by a company with news outlets nationally, so I am often asked to comment on national crime stories that have a psychological angle to them — school shootings, domestic abuse, unusual behavior, and child abuse are the most common.  I talk about issues ranging from what causes people to do the things they do, to the effects of crime on the victim, to handling crime-induced PTSD.  In Denver, a big ongoing story is the Aurora theater shooting.  Several of my students from when I taught at the University of Denver were in the theater that night, and one of them was killed.  That is always a tough topic for me to discuss.

On a more positive note, I am able to contribute original content for 9News as well, so I tend to focus on parenting issues whenever I get the chance.  I talk about the importance of empathy, dealing with bullies, online issues, discipline, and other parenting tips.

BPP: Do you consult with parent and families one-one-one?  If so, what issues do you typically help families with?

MW: I do work with families one-on-one on occasion. Typically, this is when a family is having difficulty with one of their kids, and I am called in to help assess the situation and develop a treatment plan.  Most of my parenting work comes through the media and my new book, though.

BPP:  You recently released your new book, The One Rule For Boys. Congrats! Can you share what inspired you to write this book aimed at the parents of boys?

MW: Let me start with the negative inspiration first: About a year after the Aurora theater shooting, where one of my former students was killed and I witnessed the trauma inflicted upon his family and friends, Newtown happened.  I heard the news that morning, and I almost immediately threw up.  It hit me so hard–I cried pretty much all day.  I alternated between being semi-catatonic and doing interviews for news agencies all over the globe.  My last interview wrapped up at 11:30 PM, and it was for a morning Sky News broadcast in London.  When I was done with the interview, I collapsed emotionally, but I also decided I needed to write a book that could have the potential to eliminate the horror of school shootings.

Now for the positive inspiration:  After a few weeks of mulling it over, I realized that, as horrendous as school shootings are, the vast majority of parents do not raise little psychopaths.  They are good people raising good kids.  But, the fact still remains that we can do better as a society in raising boys who are assertive as opposed to aggressive.  Boys who treat others with respect.  Boys who stand up for what is right.  Most parents are already doing a decent job, and I wanted to write a book that improves upon that. After reading hundreds of studies and giving it a lot of reflective thought, it turns out that teaching parents to encourage empathy and emotional understanding in their boys is the key. It may be surprising to learn, but those skills improve just about every area of a boy’s life.

BPP: Both Cheryl and I have little guys, and will be definitely be picking up a copy. Can you give us a preview of a few of your main points?

MW: A few of the big points from the book:

BPP: Do you feel like there are challenges that are unique to raising a son? If so, what are they?

MW: In many ways, boys and girls are very similar. I cover this research in my book — boys and girls are born with the same levels of empathy, aggression, anger, impulsivity, and lovingness.  If there is anything unique about boys, it is in the way our society socializes them compared to girls.  And, many of what are considered to be traditionally masculine traits are causing problems for boys.  For example, it is becoming less socially acceptable to be overly aggressive, hostile, and domineering.  It is less socially acceptable to bully or to sexually harass someone, and men are not being rewarded in the same way for this outmoded type of behavior.  As a result, girls are now doing better in school than boys.  Women are graduating from college at higher rates.  They are starting to gain more leadership positions in both the public and private sector.  They are starting to take over the world — and that is not a bad thing!  Except, if we continue to raise generation after generation of boys who cannot keep up with the amazing women of the world, that is going to be a problem.  I want to help fix that.

BPP: If you had to give one sanity-saver to expectant or new parents, what would it be?

Thank you Dr. Wachtel for taking the time to talk to us about the impactful work you are doing with parents!

If you are interested in purchasing his book, The One Rule For Boys, you can order a copy directly from his site and he will personally sign it, just for you. As Dr. Wachtel says, “They make great holiday gifts. After all, nothing says, ‘I think you are doing it wrong’ like receiving a parenting book from a friend or loved one.” Ha, ha – we agree Dr. W! C & K ♥ 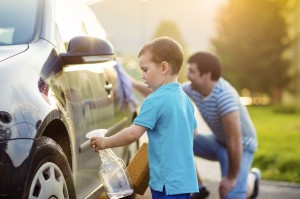 Read all about his great book at his Amazon page: http://www.amazon.com/author/drmaxwachtel